After a little effort and by just looking at the right place we have found some amazing books which are like the harry potter series.

Here is the compiled list of best books like harry potter which is the best adult fanfiction.

1. The Alchemyst: The Secrets of the Immortal Nicholas Flamel

You have listened about the Nicholas Flamel character in the Harry Potter and the Philosopher’s Stone. This book series based on his life and story.

The Alchemyst was written by the Irish author Michael Scott and published in May 2007. It is the first part of The secrets of the immortal Nicholas Flamel.

There are six parts of the secrets of The Immortal Nicholas Flamel series:

If you are a true Harry Potter fan who wants to read more books like Harry Potter, this fantasy book is for you.

The secret of Platform 13 is a children’s novel written by British writer Eva Ibbotson and published in 1994. This has gained extra popularity when people found the similarity with Harry potter’s first part, Harry Potter and the Philosopher’s Stone.

In both books have mentioned a platform on London’s Kings Cross station, which leads to a different world.

The Magicians is an adult fantasy novel written by an American author Lev Grossman and published in 2009.

This book follows the story of a young boy named Quentin Coldwater. Who discovers and attends a secret institution of magic in new york.

The Magician has three parts:

Pennyroyal Academy is a Fantasy Fiction novel written by an American Author M.A Larson and published in October 2014.

When a girl from a forest unexpectedly joins pennyroyal Academy, a school where princes and knights are trained as protectors of the land. Protectors who battle the two great menaces of the day: dragons and witches.

The Kane Chronicles is an adventure trilogy and an Egyptian mythological fiction written by an American author Rick Riordan and first-part published in 2010. The story is narrated alternatively in the first person by two powerful magician siblings: Carter and Sadie Kane.

Both were the descended from the pharos and magicians and they both fought with the god of evil to save their father, who was captured by the evil god.

The Kane Chronicles has three volumes:

Those who had an obsession with egyptology in their childhood, This is the novel which can fulfill your obsession.

Inkheart is a young adult fantasy novel by a German author Cornelia Funke and published in 2003. Although Funke is a Children’s fiction author Inkheart will give a thrill to adults as well.

This story follows a young girl Meggie and her father and they discover an extraordinary power. Just by reading a book aloud, they can bring any fictional character into the real world.

But every story has a twist, In this story every fictional character that comes out of the book, someone has to take their place.

Both Father-daughter takes responsibility to get all the characters back in their rightful pages.

But those functional characters were not ready to go back to their place.

Neverwhere is an urban fantasy novel written by an English author Neil Gaiman and published in September 1996. Richard Matthews an average English businessman went to help a bleeding girl.

Rather helping her he falls and went through the crack to the unknown world. Now he has to survive among monsters, angles, and murderers alike if he ever hopes to return to his normal life.

The Night Circus is a fantasy novel written by an American author Erin Morgenstern and published in 2011. It is a wandering magical circus in Victorian London that comes without warning and leaves without notice.

It opens from sunset to sunrise only; the circus of dreams features lots of magical things like – a blooming garden made all of the ice, acrobats soaring without a net, and a vertical cloud maze where patrons get lost simply step off and float gently to the floor.

9. A Discovery of Witches

A Discovery of Witches is a historical-fantasy novel written by an American author Deborah Harkness and published in 2011. This is the first book of the All Souls trilogy.

This story follows a young historian Diana bishop who discovers an ancient magical manuscript in Oxford’s library.  she is forced to reconcile with the witch heritage which she has long denied.

All books of the All Souls trilogy:

Storm Front is a fantasy novel written by an American author Jim Butcher and published in 2000. It is the first part of The Dresden Files series.

This book is written from the perspective of the main character, Harry Dresden a private investigator and wizard. He recounts investigations into supernatural powers and disturbances in Chicago.

The Dresden files series has 18 books till now and every part has an interesting and thriller story.

11. The Queen of the Tearling

Despite being the debut novel of Erika Johansen this book is a fire. The Queen of the Tearling is a trilogy series that follows a story of a princess named Kelsea Raleigh Glynn. She struggles to defeat the red queen and wents to the royal castle to claim her throne.

3 Parts of The Queens of the Tearling trilogy:

City of Bones is an urban fantasy novel written by an American author Cassandra Clear. It is a part of Cassandra’s NewYork Times bestseller series The Mortal Instruments.

It’s a story of a 15 years old girl Clary Fray who inducted into the world of the Shadowhunters – a secret group of a demon-slaying worrier. Clary finds out that she too is a hybrid who is half-angel and half-human.

After her mother is kidnapped by a traitor shadow hunter, she teams up with a boy to rescue her mother. But after some time they begin to develop feelings for each other without they didn’t even know.

If you are a real Harry Potter story lover then you would definitely like the Dragon Keeper series. In this series 10-years old cousins, Jesse and Daisy unintentionally become dragon keepers.

They get a newborn dragon named Emmy. Over the course of the series, they try to protect and save the Emmy from evil St. George and so much more.

The story begins with an eleven-year-old girl named Lyra Belacqua. She secretly listens to the conversation about a mysterious thing known as “Dust”. This thing leads her on an extraordinary adventure in the north direction. She tries to rescue her best friend from a gang of child kidnappers called Gobblers. While doing this, she finds a whole new world – the world is filled with witch clans and armoured polar bears, and everything is happening outside of her sheltered life in Oxford.

This is the story of a 12-year-old New York boy named Perseus Jackson. With ADHD and dyslexia, he always used to feel like an outsider. His teacher, who used to teach him pre-algebra, transformed into an ancient Greek Spirit and tried to attack him. Then he got to know that mystery about his heritage. He discovers he is a demigod, the son of the Greek mythological god Poseidon. The story is set in another universe where Mt. Olympus is located on the 600th floor of the Empire State Building. 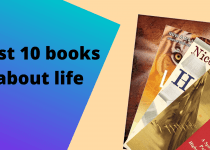 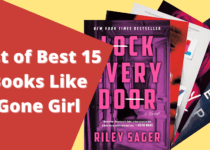 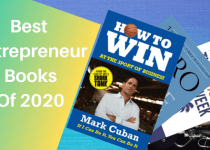