Ernest Hemingway is a very popular author because of his notable works; he was born in 1899 and is known as a novelist, short-story writer, journalist, and sportsman. Hemingway has created some memorable characters in his short stories and novels. He has drawn those characters based on real people—parents, friends, and fellow writers, among others, also drew on real places and events to create settings and engaging plots.

This article will tell you about some of his legendary books, which have a deep corner in readers’ hearts. So let’s get into the list without wasting any more time.

Favorite Quote From the Author:

We have curated the list of best Ernest Hemingway books which you must read once.

The Sun Also Rises is the first book written by Ernest Hemingway. This book reflects the beliefs he used to be on traditional Midwestern values as he encountered new experiences and values in post-World War I Europe. Hemingway reveals his concern about the valueless life of these Lost Generation characters. Also begins his personal and literary search for meaning in what appears to be a godless world.

The Sun Also Rises tops the list because it reveals Hemingway’s courageous attempt to write in a new and different way by portraying the bad and the ugly as well as the beautiful.

2. Death in the Afternoon

This book is one of the most influential books in bullfighting history. The author dives deep down into the culture and roots of this, as well as his own firsthand experience. Running with the bulls in the Pamplona city of Spain is a dream of many men, and they do this to test their mettle.

Although for Hemingway, it is just a pet project which fascinates him. Also, if you guys know about Hemingway, he revered and adored the bullfighting culture, and it responded by loving him back. So rises this thing with both Poetry and religion. He has explained the game in his own words; this belongs to some of the best games.

If you are new to Hemingway and you are reading this book, you might think that he jumped into a fully formed literary landscape, but the reality is that he hustled. Before getting a popular novelist, Hemingway was a freelance writer who used to work for newspapers in the US and often lived abroad. By-Line is a collection of his 77 non-fiction newspaper dispatches, and they have the same appeal as his fiction works. So if you are a person working hard every day in minimum pay and still have dreams, this book will give you the courage and fortitude to stay the course.

You might have already read this book, but then you were too young when you read this book because the book is in the school curriculum in many countries. The Old Man and the Sea is a novella based on a life of an old man who is a fisherman and wants to catch a precious fish (merlin) once in his life. People say there are some symbols in the book, but Hemingway himself said, the sea is just the sea, the sharks are just sharks, and, “All the symbolism that people say is shit.”

The novella has awarded the Pulitzer Prize for Fiction and played a major role in awarding the Nobel Prize in Literature to Hemingway in 1954.

Read More: Quotes of The Old Man And The Sea

5. A Farewell to Arms

A Farewell To Arms is a novel based on the Italian campaign of World War I. The book follows an AWOL (Absent without failure) American soldier serving in the Italian army and his Florence Nightingale-type nurse fleeing the Great War. The book has daring escapes, Alpine skiing, and a tragic ending. Also, it borrows from the author’s own autobiography, although greatly furnished and adapted.

The book represents a confident writer and one of the most important works on World War I, which cannot be diminished.

Read More: A Farewell To Arms Quotes By Ernest Hemingway

It is a collection of short stories written by Ernest Hemingway; it was published after his death in 1987. The Complete Short Stories of Ernest Hemingway contains the classic First Forty-Nine Stories, also some of his other works, and a foreword by his sons.

Some of the stories published in Hemingway’s lifetime are not included on the list of forty-nine stories. Maybe these titles may not excite you the most; it is more likely that you’ve stumbled onto some of their stories throughout your academic life, including “Hills Like White Elephants,” “The Snows of Kilimanjaro,” “The Killers,” and others.

Three Stories and Ten Poems is a collection of three short stories and ten poems. The book was privately published in 1923. This was the first book published, and it had been his burning desire that sustained him through years of deprivation and practice. At first, Hemingway has tried everything, but he would never again publish or write poetry. This book is a sweet mixture of poems and some stories written by Ernest Hemingway.

This is the second non-fiction book which is written by Ernest Hemingway. Green Hills of Africa is a story of a month on safari he and his wife, whose name is Pauline Marie Pfeiffer, took in East Africa during December 1933. Africa is divided into four-part and each part of a different role in the story. Those four parts are “Pursuit and Failure”, “Pursuit Remembered”, “Pursuit and Conversation”, and “Pursuit as Happiness”.

9. For Whom the Bell Tolls

For Whom the Bell Tolls tell Robert Jordan’s story, a young American volunteer attached to a republican guerrilla unit during the Spanish Civil War. He is assigned to work as a dynamiter and given a task to blow up a bridge during an attack on the city of Segovia.

The book was published just after the Spanish civil war in 1940, and it got a place in the list of the best books with The Sun Also Rises, A Farewell to Arms, and The Old Man and the Sea.

A Moveable Feast was published after the death of Ernest Hemingway. It is a memoir that tells the story of his years as a struggling ex-pat journalist and writer in Paris during the 1920s. The book contains many noticeable and personal things by Hemingway such as Sylvia Beach, Hilaire Belloc, Bror von Blixen-Finecke, Aleister Crowley, John Dos Passos, F. Scott, and Zelda Fitzgerald, Ford Madox Ford, James Joyce, Wyndham Lewis, Pascin, Ezra Pound, Evan Shipman, Gertrude Stein, Alice B. Toklas, and Hermann von Wedderkop.

You can read these books to dive into Ernest Hemingways writing style. As you can see in the article, we have linked several summaries, so if you want to read the summary first of any particular book, you can consider it.

In the end, if you liked the content, then don’t forget to share this with your reader friends and if you have any questions or queries, please comment down below, and we’ll look into it as soon as possible. 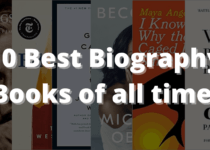 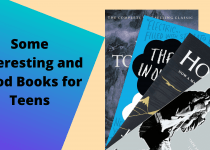 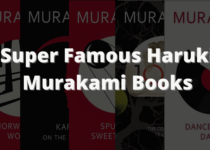