In this modern world where people’s attention span is reducing day by day. Book reading is a good habit or a hobby. Teenagers who want to read books instead of using social media the whole day. We have a list of good books for teens.

As we all know book reading is a good habit. We even try to read a book but within 5-10 pages or 4-5 days we end up by leaving that book.

There are several reasons because of those we can’t read or complete a book.

If the problem is an attention span then you could improve it slowly – slowly by forming Atomic habits.

If the selected book is not interesting then your search is over, we have compiled the list of good to best books for teens which are interesting and knowledgeable as well.

I am sure you might have listened about Harry Potter novels or you have watched any movie of the Harry Potter series.

Harry Potter is a series of fantasy novels written by British author J.K Rowling. It is a very popular series ever written on wizards and witchcraft.

Movies are also made on this series and which is blockbuster hit even the main lead of this movie series Denial Radcliffe has made a fortune of  $95.6 million with this series.

There are 8 books in this series

If you are a fan of fantasy and witchcraft then you should definitely read this series.

The Fault in our stars

The fault in our stars is a novel written by author John Green. It was published on 10 Jan 2012. It is the fourth solo novel by the author and overall 6th novel.

This story is narrated by a 16 years old girl who’s name is Hazel Grace Lancaster. She was suffering from thyroid cancer that affected her lungs.

She was forced by her parents to attend a support group where she meets a 17-years-old boy. His name was Augustus Waters, an ex-basketball player, and amputee. Later Hazel fell in love with him.

There are feature films of the novel as well.

The first one is an American feature film by Josh Boone and starring Shailene Woodley, Ansel Elgort, and Nat Wolff was released on June 6, 2014.

The second one is a Hindi feature film adaptation is set to be released on July 24, 2020.

The Hobbit, or There and Back Again

The Hobbit, or There and Back Again is a children’s fantasy novel written by an English author J. R. R. Tolkien.

In this book, There is a hobbit named Bilbo Baggins who was enjoying his life unambiguously and comfortably. Rarely living his hobbit-hole even not traveling further than the pantry.

But his comfortable life disturbed when the wandering wizard Gandalf chooses him to take part in an adventure. He came to his doorstep with a company of dwarves to whisk him away on an adventure from which he may never come.

The Hunger Games series is a dystopian novel series written by author Suzanne Collins. The first part was published in 2008.

These books are written in the first-person narration of a 16-years-old girl named Katniss Everdeen. She lives in the future, post-apocalypse in North America.

The highly advanced metropolis, The capitol controls all over the nation. The Hunger Games is an annual event. In this event, one girl and one boy aged between 12-18 from each of the twelve districts surrounding the Capitol are selected by a lottery to compete in a televised battle royale to the death.

There are four parts in the Hunger Games series

This series contains interesting and good to best books for teens.

The Outsiders is coming-of-age-novel written by author Susan Eloise Hinton. Hinton was 16 when she was writing this book and at the age of 18, she published the book.

It was published in 1967 and the story is told in a first-person perspective by a teenage protagonist Ponyboy Curtis.

The story in the book takes place in Tulsa, Oklahoma, in 1965. Story details an epic rumble of two rival gangs divided by their social and economic status. The working-class “greasers” and the upper-class “Socs”.

The Lord of the Rings

The Lord of the ring is another book by J.R.R Tolkien in this list and there is a reason for it. The story began as a sequel to the author’s 1937 fantasy novel The Hobbit.

The Lord of the Ring has three volumes:

In this epic chronicles trilogy, the hobbit named Frodo and his companions set out to destroy the evil Ring of Power and restore peace to Middle-earth.

Thirteen Reasons Why is a young adult novel written by author Jay Asher and published in 2007.

It is a story of a young high school girl who has done suicide. After 2 weeks of her death, her best friend Clay Jenkins receives 13 recorded audio cassettes in her mailbox.

In which she describes 13 reasons why she has done suicide.

On the basis of this book, a television series has been also created and released on Netflix: 13 Reasons Why.

Twilight is a young adult romance novel series written by the author Stephenie Meyer. The first of Twilight was published in 2005.

In this series, there is a seventeen years girl named  Isabella “Bella” Swan. She moves from Phoenix, Arizona to Forks, Washington. She meets a handsome boy in her school named Edward for whom she feels an overwhelming attraction. After then she realizes that he is a vampire.

Now Bella has to choose between Edward who was a vampire and Jacob who was a werewolf.

All parts of this series:

It’s Kind of a Funny Story

It’s kind of a funny story is a novel written by an American author Ned Vizzini and published is 2005. This book is based on his own life’s phase when he was suffering from depression and gets hospitalize in 2004.

Later he died by suicide on December 19, 2013, but the but revived several awards like Best Book for Young Adults 2007 from the American Library Association.

In this book, there is a boy who takes a new admission in Manhatten’s prestigious high school. After joining school suddenly he discovers that he has become an average kid among a group of brilliant students.

This thing leads him to anxiety and depression.

The Curious Incident of the Dog in the Night-Time

The Curious Incident of the Dog in the Night-Time is a mystery novel written by a British author Mark Haddon. In this novel, There is a 15-years-old boy who describes himself as “a mathematician”.

The young boy decides to investigate the murder of his neighbor’s dog and he got to know about his mother’s secret.

This is the list of some good book for teenagers and most of the books in this list has a movie adaptation but a true reader prefers reading a story instead of watching the story. 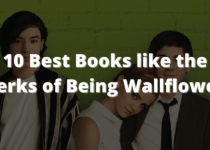 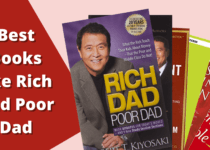 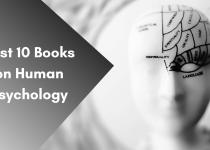