We have curated a list of the best Haruki Murakami quotes. Let’s get a look at the list of quotes.

Haruki Murakami is a very famous and well-known writer from Japan. People are huge fans of his best-selling books and the quotes from his books. He has written some great and notable books like Men without Women, Norwegian Wood, Kafka on the Shore, 1Q84.

He has received many numerous awards like the World fantasy award, The Frank O’ Connor international short story award, and many more.

2. “Memories warm you up from the inside. But they also tear you apart.”

3. “Pain is inevitable. Suffering is optional.”

4. “If you remember me, then I don’t care if everyone else forgets.”

5. “Whatever it is you’re seeking won’t come in the form you’re expecting.”

6. “Nobody likes being alone that much. I don’t go out of my way to make friends, that’s all. It just leads to disappointment. ”

7. “No matter how much suffering you went through, you never wanted to let go of those memories.”

8. “I dream. Sometimes I think that’s the only right thing to do.”

9. “Don’t feel sorry for yourself. Only assholes do that.”

10. “It’s like Tolstoy said. Happiness is an allegory, unhappiness a story.”

11. “Silence, I discover, is something you can actually hear.”

12. “Unfortunately, the clock is ticking, the hours are going by. The past increases, the future recedes. Possibilities decreasing, regrets mounting.”

14. “I have this strange feeling that I’m not myself anymore. It’s hard to put into words, but I guess it’s like I was fast asleep, and someone came, disassembled me, and hurriedly put me back together again. That sort of feeling.”

15. “If you can love someone with your whole heart, even one person, then there’s salvation in life. Even if you can’t get together with that person.”

17. “Anyone who falls in love is searching for the missing pieces of themselves. So anyone who’s in love gets sad when they think of their lover. It’s like stepping back inside a room you have fond memories of, one you haven’t seen in a long time.”

18. “Even chance meetings are the result of karma… Things in life are fated by our previous lives. That even in the smallest events there’s no such thing as coincidence.”

19. “I’d be smiling and chatting away, and my mind would be floating around somewhere else, like a balloon with a broken string.”

20. “What I think is this: You should give up looking for lost cats and start searching for the other half of your shadow.”

21. “Remove everything pointless from an imperfect life and it’d lose even its imperfection.”

22. “Her cry was the saddest sound of orgasm that I had ever heard.”

23. “Time passes slowly. Nobody says a word, everyone lost in quiet reading. One person sits at a desk jotting down notes, but the rest are sitting there silently, not moving, totally absorbed. Just like me.”

24. “The scene seemed somehow divorced from reality, although reality, he knew, could at times be terribly unreal.”

That is the list of Top Haruki Murakami quotes, If you liked it then don’t forget to share this on your social media handles and if you have any suggestions then please let us know by commenting down below. 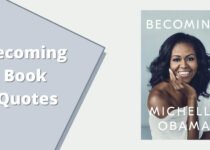 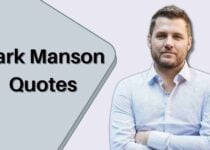 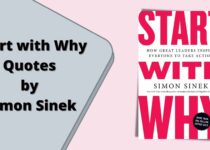