In this article, we have written the Life of Pi Summary. Let’s have a look at the summary.

Life of pi is a philosophical fiction book, written by Canadian writer Yann Martel and was published on 11 September 2001. In the beginning, it was rejected by almost five London publishing houses, but later Knopf  Canada accepted it and published it in 2001.

It’s a great story of an Indian Tamil boy named Piscine Patel, who lived in a Pondicherry and He scrutinizes issues of spirituality and kindness from his younger age.

Life of pi won many awards like the Boeke prize (South African novel award)  in 2003, in 2004 the pacific American award for literature in best adult fiction for the year 2001 – 2003. It was again selected for CBC radio’s Canada reads 2003.

Summary of the Life of Pi book

The story begins with a note from the author, who traveled from his residence in Canada to India because he was feeling low. In Pondicherry while drinking a coffee in a cafe he meets an old man named Francis Adirubasamy, who requests to tell him a great story about his life journey.

The story of Pi Patel, a Tamil Indian boy, who lives in Pondicherry with his family. The real name of pi is piscine Patel but his classmates make fun of his name by saying pissing so he changed his name, now he’s pi Patel and his mother is a housewife and his father ran a Pondicherry zoo.

He has a younger brother named Ravi; they both used to go to his father’s zoo. Pi is a very religious boy, believes in God and all religions so he adapted Christianity and Islam and prayers every day.

One day he visited his father’s zoo so there are many animals including a Bengal tiger named Richard Parker pi and then his brother tried to feed the tiger a piece of meat but his father saw and stopped both of him. Now his father taught both of them by feeding a live goat to a tiger( Richard Parker) and telling them it is very dangerous to feed them.

After some days motivated by India’s political fight, Pi’s parents decided to move the family to Canada on June 27 1977 because Pi’s father’s zoo is going to seal. They set sail in a cargo boat named Tismtsum along with staff and numerous cages full of zoo animals.

As they started their journey, at night the ship is starting to sink and pi lost their parents and now pi is alone in this tough time but in anyhow pi clings to a lifeboat with the help of crewmembers, Later he found himself alone with a zebra, an orangutan, and a hyena.

The journey of survival on the boat

Pi was hungry and thirsty because he didn’t eat and drink anything for a very long time so they tried to find food and water for himself but Richard Parker tried to attack the pi.

Pi realizes that Richard’s parker kills him sooner than thirst or starvation, so he tries to get away to go Into the water then he discovers something is stored in the lifeboat like some foodstuff, water purifier, handbooks, Whistle and etc to survive in the sea. With the help of this stuffs pi built a second watercraft made up of life jackets and ropes which he attached this raft to the lifeboat so now he outreached Richard Parker and water animals.

So now he decided to communicate with Richard Parker( tiger) with the help of a whistle to save his life. He tried to control the tiger although he was unable to train fully somehow he did train him. Pi is able to restrict himself and secure his own province on the lifeboat.

Now Pi has less fear of tigers so he starts sharing the boat with the tiger and they also share food. He starts having a conversation with Richard’s paper in which they mutually envision the kind of food they would want to eat.

Pi is a vegetarian so he denies eating meat but Richard Parker eats meat and fish later pi also starts to eat fish, just because he realizes that it is Richard’s Parker choice. During this, another castaway in a lifeboat appears, also sightless and also very hungry. Pi allows the man, who speaks in French, on the lifeboat, to believe him to be a true friend.

The man attacks the pi and says that he wants to eat him but at that time Richard Parker comes and kills the man.

An indefinite amount of journey and problems they finally arrive in Mexico. Richard Parker immediately runs off into the jungle without acknowledging pi, which pi finds deeply painful. Pi is found, fed, saturated, and taken to a hospital. There, two Japanese men arrive to question pi about what caused the tsimtsum to sink.

Pi tells the story to men but they don’t believe in pi’s story so pi gives them a more logical version of the story, with the characters replaced by humans, which shapes doubt on the real story.

After recovering in Mexico he went to Canada, where he completed his high school and they studied theology and zoology at the University in Toronto. At some level, he got married and he has two children. He still thinks of Richard Parker and is still hurt by his last abandonment.

This was the summary of Life of Pi, we hope you have liked it and learned something valuable from the summary. If you want to read more summaries like this you can click here: Book Summaries 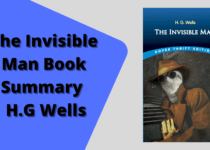 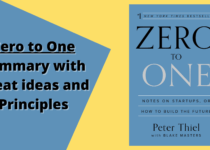