We have curated a list of the best quotes from the book “Lord of the Flies”. Let’s get a look at quotes.

Lord of the Flies was published in 1954 and it was the debut novel authored by William Golding. This book tells about a group of British boys who came to an uninhabited island without any resources and their disastrous attempt to govern themselves. This book’s theme includes tension between individual thinking and thinking of a group, between rational and emotional reactions, and between morality and immorality.

So now it is enough to talk about this book, now let’s talk about the quotes of this book. Let’s get into the list of quotes from the Lord of the Flies book.

List of Best Quotes from “Lord of the Flies” Book:-

3. “We did everything adults would do. What went wrong?”

4. “The greatest ideas are the simplest.”

6. “The world, that understandable and lawful world, was slipping away.”

7. “I think women are foolish to pretend they are equal to men, they are far superior and always have been.”

8. “The world, that understandable and lawful world, was slipping away.”

9. “We’ve got to have rules and obey them. After all, we’re not savages. We’re English, and the English are best at everything.”

11. “They walked along, two continents of experience and feeling unable to communicate.”

14. “the conch exploded into a thousand white fragments and ceased to exist.”

16. “The beast was harmless and horrible, and the news must reach the others as soon as possible.”

17. “He wanted to explain how people were never quite what you thought they were.”

20. “They agreed passionately out of the depths of their tormented lives.”

22. “The world, that understandable and lawful world, was slipping away. Once there was this and that; and now-and the ship had gone.”

23. “Once more, amid the breeze, the shouting, the slanting sunlight on the high mountain, was shed that glamour, that strange invisible light of friendship, adventure and content.”

24. “Daylight might have answered yes; but darkness and the horrors of death said no.”

26. “Ralph wept for the end of innocence, the darkness of man’s heart, and the fall through the air of the true, wise friend called Piggy.”

27. “He found himself understanding the wearisomeness of this life, where every path was an improvisation and a considerable part of one’s waking life was spent watching one’s feet.”

28. “We’ve got to have rules and obey them. After all, we’re not savages. We’re English, and the English are best at everything.”

29. “He lost himself in a maze of thoughts that were rendered vague by his lack of words to express them. Frowning, he tried again.”

30. “His mind was crowded with memories; memories of the knowledge that had come to them when they closed in on the struggling pig, knowledge that they had outwitted a living thing, imposed their will upon it, taken away its life like a long satisfying drink.”

That is the list of best quotes from the Lord of Flies book, If you liked it then don’t forget to share this on your social media handles and if you have any suggestions then please let us know by commenting down below. 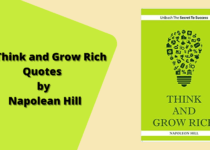 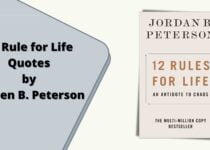 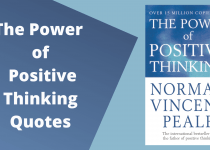