Many of us know that The Alchemist is not only a novel which we read and forget, but it also has many lessons which will help us with life long. The Alchemist summary is the best way to get knowledge of this book in a short period of time.

The Alchemist is an Adventure novel which is written by Brazilian author Paulo Coelho and published in 1988. It was originally written in the Portuguese language and the original title was O Alquimista.

It is an allegorical novel and it follows a young Andalusian Shepherd who starts an adventure to the pyramids of Egypt to find a treasure after getting recurring dreams of it.

Summary of The Alchemist Book

The summary of the Alchemist starts with a boy named Santiago who was an Andalusian Shepherd who lives in Spain. He likes freedom and roams everywhere with his flock of sheep.

While roaming around he was thinking of a girl who met him at Tarifa and again he was going to Tarifa so that maybe he can meet her again.

On the way to Tarifa, when in the night he thought he should take a rest for the night, and then he can continue his journey from the next morning. Just a short distance away he saw an abandoned church, he kept his animals in the church and he slept under a sycamore tree.

When he was sleeping he had a dream, in the dream, he saw lots of gold treasure in a pyramid of Egypt which was calling him. After dreaming he suddenly gets up and gets confused a little bit because he had this dream many times before.

Santiago thought he should ask someone about his recurring dreams. He went to a lady who was famous for interpreting dreams. When Santiago told about his dreams to that lady. The lady told him to go to Egypt to find the treasure at the cost of 10% of the treasure.

Santiago was in a dilemma whether this woman is lying or not. After leaving that woman behind Santiago went to the city.

Santiago in the City

After reaching the city, Santiago was sitting on a bench in the park. Suddenly an old man came to him and said: “I am Melchizedek, king of Salem”. Santiago ignored him because he was wearing very old clothes and didn’t look like a king. But the old man said, “I can help you to find the treasure”.

Santiago asked him what he knows about the treasure. The old man told him “everyone has a personal legend in their life and they should follow him” and he suggested him to sell his flock of sheep and follow his heart.

Santiago was not convinced but yet he sold his flock of sheep and collected the money and went to the ship which was sailing to Africa. From here Santiago’s actual journey gets started.

After reaching Tangiers city in Morocco someone robbed him. Santiago got anxious but he thought he must go on his mission. While roaming the city he went to a crystal merchant who sells crystal in his shop. Santiago asked him that he will clean all the crystals in his shop and in exchange for that he wants food only.

As soon as he cleaned those crystals suddenly customers got attracted to those shiny crystals. After watching Santiago’s work the merchant was hired, so now he started doing a job in the crystal merchant’s shop.

As long as he worked there Santiago gave many business ideas to the merchant and slowly-slowly they sold many crystals. Santiago also earned a good amount of money and he didn’t forget his dream.

After some time he finds out that a Caravan is going to Egypt via the Sahara desert. He immediately said goodbye to the merchant and stepped out to the caravan.

Santiago in the Sahara Desert

In the caravan, he met with an English man, who was looking for an alchemist. The English man told him that the alchemist is so powerful, he can change copper into gold. They both became friends because they both were on their mission.

When they were crossing the Sahara desert in the caravan, suddenly a rumor spread out that a war was going to be held in the desert. The caravan owner decided instead of taking risks there is an oasis named Al Fayoum in the desert where they can take a break until the war is over. After knowing this Santiago gets disappointed because he knew this war can last from weeks up to years.

The English man went to the Alchemist and Santiago stayed there to meet Fatima every day behind a well.

After some time, one-day Santiago was roaming around the oasis suddenly he gets a vision that someone is going to attack the oasis. He went and told everything to the chief of the oasis.

The chief of the Al-Fayoum oasis was ready to prepare for the war but he said to Santiago “ If there is no war we will hang you”. The next day actually an army attacked them but they defeated them because they were prepared for that because of Santiago.

The chief of Al-Fayoum was very happy with Santiago and gave him enough gold and assigned him the counselor of Al-Fayoum. Santiago was all set, he decided to marry Fatima but she told him “true love doesn’t make you sacrifice your dreams.

She insists him to follow his dreams and tells him she’ll be waiting for him. That evening the alchemist again met Santiago and the alchemist already knows that Santiago got vision which saved that oasis.

The Alchemist also said to follow his dream and offered to start the journey with him.

Santiago on the way to Pyramids

Before those goons kill them suddenly the alchemist said you don’t know Santiago is a powerful magician he can turn himself into the wind.

After listening to this, those goons started laughing and said “ you have three days, within three days if this boy could turn himself into the wind then we’ll leave otherwise we’ll kill you.

Santiago got scared and asked the alchemist how will I turn myself into the wind? The alchemist told him to keep calm and listen to the desert’s voice.

He tried for two days but nothing happened but the third day, he literally tried hard and suddenly he turned into the wind. After seeing this those goons got scared and left both of them.

Now Santiago and Alchemist reached a monastery where the alchemist turned copper into gold and he gave some gold to Santiago and said from here you have to go alone.

Santiago continues his journey to pyramids alone. After reaching the pyramids, he started digging in the front side of the pyramids. While digging suddenly some goons came again and they started beating him and snatched his gold.

Santiago lost his senses and suddenly he started murmuring his story and said he saw a dream and because of that he came to Egypt. After listening to this one of those goons started laughing and said: “I’ve also seen a dream that there is lots of treasure in Spain buried under a sycamore tree near an abandoned church but I didn’t follow my dream like him, I am not mindless and mad like him”.

After saying this, the goons left him and went away. But now Santiago understood that where is the real treasure.

Santiago Back to Spain

He went back to Spain near that abandoned church and he started digging under the sycamore tree and he got the treasure.

Santiago thought to give 10% of the treasure to the women as he promised and went to the desert to live with Fatima. The Alchemist story and summary end here.

Top 3 Lesson from the Alchemist Book 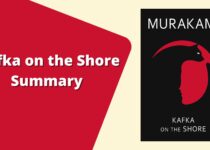 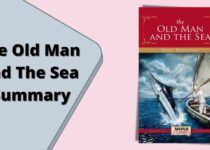 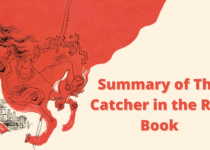