The Invisible Man is written by H.G wells who is an English writer and it was published in 1897. Despite being so old it is a very famous novel even in 2020 there is a movie adaptation loosely based on this book. The name of that movie also remains the same “The Invisible Man (2020 film)”. This is a short summary of The Invisible Man Book, it will make you understand everything about the story.

Here is the summary of the original The Invisible Man book:

This story starts with a stranger who comes to a village named Iping. He stayed at the Inn  (Hotel) named “Coach and Horses”. The man was all over wrapped with cloth pieces. The owner of the inn was Mrs. Hall and she used to run that inn as well. Mrs. Hall tried to see the stranger’s face by throwing torchlight on his face but he refused that.

The name of the stranger was Griffin and his face was also covered with cloth and bandages. He behaved very rudely with Mrs. Hall and excitedly he said to inform him whenever his luggage reaches home from the railway station. Griffin told those people that he is an experimental investigator and he needs his equipment.

The next day, a carrier brought griffin’s luggage in which there was plenty of scientific equipment, some hand-written notes, and some crates full of liquid labeled with poison.

After some time, Griffin messed up all the room with his experimental equipment. When Mrs. Hall saw that she got mad at him but Griffin told her don’t disturb him and add the cleanup charges to the bill. He stayed there for several months saying just a week. He was kind of a person who doesn’t like interacting with people and every time he used to stay in his room. Villagers started making various kinds of rumors about him.

After listening to those rumors a local doctor Willam Cuss went to meet Griffin and after entering Griffin’s room he got shocked, he saw that griffin’s hands were missing from inside the sleeves but doctor cuss felt his hand. Doctor cuss gets scared a little bit and he quickly ran away from there.

Now, many days have passed but Griffin wasn’t paying his bills on time so Mrs. Hall gave him the ultimatum that by tomorrow afternoon pay the bill or free the room. Griffin has no money so he tried to make her understand but she didn’t listen.

He had only one way and that was robbery so he planned to rob Mr. & Mrs. Bunting’s house. When he went to carry out the crime Mr. & Mrs. Bunting heard some sounds. When they came out downstairs to check but there was no one.

Now the next morning Mr. & Mrs. were passing through the corridor but then Mrs. Hall saw that the door of Griffin’s room was open and there was no any so they both decided that today they’ll call the blacksmith and change the lock of this room’s door and will lock it. Then only Griffin came back and he went back to his room.

Then, Mrs. Hall called Griffin out and asked if you didn’t pay his bills till now. But this time Griffin pulls out the money from his pocket and gives it to Mrs. Hall. Mrs. Hall suspected him that till yesterday he had no money at all and today suddenly he has money.

Now all the people stood in front of him and asked him what is the matter. Griffin understood that it is now difficult to hide his identity so he started unbuttoning his face. As soon as he removed the clothes, his face was invisible. After knowing this truth some people fled from fear.

The local officer, Bobby Jeffers was also there; he tried to arrest him but Griffin ran away. Now, Outside the village, Griffin asks for help from the vagabond. His name was Thomas Marvel at first, Marvel thought it was a hallucination that someone is talking with him. Then Griffin makes him believe by throwing a pebble that he is an actual man. After seeing this Marvel gets shocked and gets ready to help Griffin.

Now, Griffin and Marvel returned to the Inn and they see the Doctor and Mr. Bunting trying to read his books and notes but they didn’t understand anything. Somehow Griffin and Marvel successfully took the goods out of the Inn. The whole village was scared by Griffin’s fear.

Escape from the Village

After coming out of the village Marvin got scared and said to Griffin that from now he’ll not help him. Griffin threatened to kill him If he wouldn’t help Griffin. Now, the next day Marvin managed to escape from there and he went to a pub in a town called Port Stowe.

He ordered some food and started eating. Meanwhile, a sailor came to him and asked ‘Did you listen to the news about the invisible man ?’. But Marvel himself came here to escape Griffin only but by Finding him Griffin also come here to kill Marvel.

As soon as people got to know that the invisible man is there they started making a stampede. Because of the stampede, Griffin got shot and somehow he ran away.

Now, He went to a Doctor’s house. His name was Kemp. Dr. Kemp’s house doorbell rang and his servant opened the door but there was no one. Then Dr. Kemp saw blood in his bedroom, on the door handle, and on the floor as well. Griffin started talking with him but Dr. Kemp did not believe that a man is in the room. Griffin introduced himself and made him remember they both are alumni of the same college in London.

Dr. Kemp trusts him and he does the treatment of Griffin’s wound and gave him some food and whisky. Dr. Kemp also told Griffin to sleep in his own bedroom.

The Rise of the Invisible Man

The next day Griffin tells him that when he was researching light and optics and he finds out the way to invisible the live tissues. He kept this study to himself because he was afraid that people could steal his research.

After 3 years of research, Griffin needed some money to continue his experiments but nobody was giving him the money. Dr. Kemp asked, “So from where did you get the money”? Griffin answered, “From his one dad”. Dr. Kemp again asked, “Did he himself give you the money?”. Griffin said no I stole his money and I don’t have any regret about it.

So Initially, Griffin did an experiment with a piece of cloth and then his neighbor’s cat, and both experiments were successful. They both got invisible. By the way, while doing the experiments Griffin’s equipment used to create so much noise and because of that his neighbor and his landlord both got disturbed. Also, His landlord had doubts about him.

Griffin thought if a cat can get invisible then why not he, so he experimented on himself and he got invisible. As he knew his landlord had a doubt about him so he destroyed all the equipment. After getting invisible Griffin got to know that it’s hard to live like this, he couldn’t wear anything, couldn’t eat anything because if he eats something that thing gets visible as long as it gets digested.

Then, Griffin did a robbery and stole some clothes so that he could cover himself. After that, he went to that village Iping to continue his scientific research and activities.

Now, He is asking Dr. Kemp how will it be if we both create terror in the whole town. Griffin thought that Dr. Kemp would support him but Dr. Kemp refused him and gave him a warning that he is doing wrong.

That’s when suddenly Colonel Adye came there and he escaped from there with Dr. Kemp. They went to the local area and told everyone about griffin’s plan. Now, Griffin started man hunting, one by one he was killing everyone. Then, Griffin attacked Dr. Kemp, Kemp asked for help from his neighbor and they refused.

Kemp somehow managed to escape from there and he went towards town but Griffin caught him. Griffin as soon as kills Kemp that a crowd of people came toward him and started beating him and they have beaten him as long as he didn’t die.

After Griffin’s death, he became visible and everyone was able to see him. That’s how the story ends.

Note: The lines and dialogues added in this article are not exactly as in the novel and these are created for a better understanding of the readers. 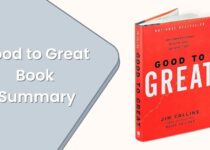