Harry Potter is a series that everyone wants to live in.  After reading this everybody wants to be a wizard or wizardry and live a life like a wizard. But we all know that it is not possible. If you are looking for some good quotes from the Harry Potter series it is definitely possible.

Apart from witchcraft, the Harry Potter series taught us about life, love, acceptance, friendship, death, and bravery. from our bookshelves and on the big screen, leaving us dozens of quotes and moments that we’ll never forget.

Harry Potter and the Sorcerer’s Stone

2. “It does not do well to dwell on dreams and forget to live.”

3. “To the well-organized mind, death is but the next great adventure.”

4. “The truth is a beautiful and terrible thing, and should, therefore, be treated with great caution.”

5. “There are some things you can’t share without ending up liking each other and knocking out a twelve-foot mountain troll is one of them.”

Harry Potter and the Chamber of Secrets

6. “Fear of a name only increases fear of the thing itself.”

7. “I’ll be in my bedroom, making no noise and pretending I’m not there.”

8. “Hearing voices no one else can hear isn’t a good sign, even in the wizarding world.”

10. “Fame is a fickle friend, Harry. Celebrity is as a celebrity does. Remember that.”

11. “Honestly, if you were any slower, you’d be going backward.”

12. “It is our choices, Harry, that show what we truly are, far more than our abilities.”

Harry Potter and the Prisoner of Azkaban

14. “You think the dead we loved truly ever leave us? You think that we don’t recall them more clearly in times of great trouble?”

16. “Happiness can be found even in the darkest of times, if one only remembers to turn on the light.”

17. “Honestly, am I the only person who’s ever bothered to read ‘Hogwarts: A History?'”

Harry Potter and the Goblet of Fire

18. “Differences of habit and language are nothing at all if our aims are identical and our hearts are open.”

19. “If you want to know what a man’s like, take a good look at how he treats his inferiors, not his equals.”

20. “Curiosity is not a sin…. But we should exercise caution with our curiosity… yes, indeed.”

21. “Anyone can speak Troll. All you have to do is point and grunt.”

23. “It matters not what someone is born, but what they grow to be.”

25. “Numbing the pain for a while will make it worse when you finally feel it.”

26. “Your devotion is nothing more than cowardice. You would not be here if you had anywhere else to go.”

Harry Potter and the Order of the Phoenix

28. “Just because you have the emotional range of a teaspoon doesn’t mean we all have.”

31. “Things we lose have a way of coming back to us in the end, if not always in the way we expect.”

32. “We’ve all got both light and dark inside us. What matters is the part we choose to act on. That’s who we really are.”

33. “Youth can not know how age thinks and feels. But old men are guilty if they forget what it was to be young.”

34. “Youth can not know how age thinks and feels. But old men are guilty if they forget what it was to be young.”

35. “Indifference and neglect often do much more damage than outright dislike.”

Harry Potter and the Half-Blood Prince

36. “It is the unknown we fear when we look upon death and darkness, nothing more.”

37. “Age is foolish and forgetful when it underestimates youth.”

38. “Dumbledore says people find it far easier to forgive others for being wrong than being right.”

40. “Let us step out into the night and pursue that flighty temptress, adventure.”

Harry Potter and the Deathly Hallows

41. “It is the quality of one’s convictions that determines success, not the number of followers.”

43. “Every human life is worth the same and worth saving.”

44. “Words are, in my not-so-humble opinion, our most inexhaustible source of magic. Capable of both inflicting injury, and remedying it.”

45. “Of course it is happening inside your head, Harry, but why on earth should that mean that it is not real?”

These were the best quotes from the Harry Potter series. Let us know do you guys liked it or not in the comment section below and you share with all the Potterheads you know. 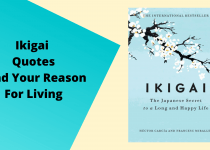 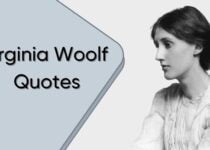