The Song of Achilles was published in 2012 and written by Madeline Miller. The novel retells the events of the Illiad by Homer and of the Greek Trojan War from the perspective of Patroclus and his imagined relationship with Achilles.

Many people want to read the quotes of “The Song of Achilles”.

Summary of “The Song of Achilles” novel:-

The story starts with the birth and early childhood of Patroclus, who was the son of Menoetius. Ever since he was a boy. He was small for his age and constantly bullied, which made him a disappointment to his father.

The King brings his nine-year-old son to the court of Tyndareus as a suitor for his daughter Helen in marriage. When the young boy is eventually rejected, he’s forced to take a blood oath, declaring he’ll protect Helen’s marriage. A year later, Patroclus is exiled when a nobleman’s son insults him, and he kills him by accident when pushing him.

He’s exiled to a faraway Kingdom where he meets its King, Peleus, his son Achilles, and the Nymph and mother Fetus. Achilles like Petrocos a lot and asks for him as his companion. They become inseparable, and their friendship turns to romance as they get older. His mother, the Nymph Fetus, doesn’t approve of this relationship since she thinks Patroclus isn’t suitable for her son, who’s destined for glory.

She sneaks Achilles away to train with the Centaur Chiron who’s notorious for training Heracles and other great Greek warriors.

Patroclus manages to find him though and joins them for two years as he studies with Chiron. When Achilles is 16, Pellius asks for his son to come to him, revealing that the Mycenaean King Agamemnon is seeking support from all the scattered Greek kingdoms.

His brother Menelaus’s wife, Helen, has been kidnapped by the Trojan Prince Paris. Agamemnon has decided to lead his troops together with other delegations to Troy in order to get her back. He’s hoping Achilles will lead part of this army.

Thetis has learned about a prophecy that Achilles will die when he goes to Troy, so she uses her godly powers to hide him in the Kingdom of Lycomedes. He hides there, posing as a woman, and since Thetas still wants to end his Association with Petrochlus, she ensures that he’s married to Deda Maya Lychimedes as a daughter, and she becomes pregnant.

Patroclus is very sad and finally finds the location of Achilles’swhereabouts from Pellius, and he travels there. They remain hidden until Odysseus and Diameters arrive and expose them.

Achilles didn’t pledge an oath to protect Helen like Patroclusdid, but still can’t resist the idea of eternal glory through his conquests. Since he knows about the prediction that he will die after the death of the Trojan Prince Hector, he decides to just not fight him.

Achilles quickly clashes with Agamemnon as the King expects to be treated as the first among the Greeks, whilst Achillesthinks he’s superior due to his excellence as a warrior. The Greeks are stuck since the wind is too weak to sail their ships, and a priest says that Artemis requires a sacrifice of Agamemnon’s daughter Iphigenia.

He brings her over, saying she will marry Achilles only to slash her throat at the altar. This sacrifice has the desired outcome of pleasing the gods as they provide the needed wind for the ships. But at the same time, they bring a lot of tension between Agamemnon and Achilles, as the latter feels that this act has tainted his honor. the Greeks start their conquest of Troy, the city created by the Almighty Apollo surrounded by massive walls.

They raid the local farmers around the city so that the food supplies run low in the city, and the city is overrun by farmers looking for protection. The Greeks also use the women that they find in their raids for slaves, and Patroclus urges Achilles to claim a young woman called Brussells in order to save her from much worse.

Achilles has established himself as the greatest Greek warrior with ease at this time and loves that he’s fulfilling his destiny. Patroclus moves his attention to working in the Infirmary, silently dismayed at Achilles actions but still supportive since he realizes it’s his chance at immortality, Agamemnon claims Chryseis, another captured woman who is the daughter of Chryses, a priest of the mighty Apollo. When Chryseis asks for her return and offers rewards he sent away by Agamemnon in a disgraced manner, Chryseis calls on Apollo, who sends a plague to wither the forces of the Greek.

When Achilles speaks out and says Agamemnon should give back chryseis, he claims Breseis instead. Furious at this, Achilles decides he and his troops will no longer fight for Agamemnon since his honor is shattered once again.

He resolves to not fight until Agamemnon apologizes and kneels for him.

Thetis Sways use to help the Trojans gain strength and further beat the Greeks, making them regret that they allowed Agamemnon to disrespect Achilles in this way.

In this way, the Greeks suffer many losses as the Trojans break down the Greek walls and begin setting the ships on fire, which is the only means for the Greeks to return home. Patroclus, seeing so many men suffer around him, who he’s gotten to know after tending to their injuries is sad. He can’t convince Achilles to change his mind but makes a plan to impersonate him by wearing his armor.

Achilles agrees, If Patroclus returns when the Trojans retreat in Achilles armor, Patroclus is successful in charging and making the trojans retreat, but when he’s in the heat of battle, he doesn’t turn back instead he presses on and even kills one of their mightiest soldiers only in the end to be killed by hector.

When this news reaches Achilles, he feels like he has nothing left to live for and returns to battle to kill Hector, only to be killed himself by Paris shortly after this. The Greeks build a mighty tomb but don’t include the name of Patroclus, since Achilles’s son, who Thetis brought to Troy to replace his father, doesn’t want Patroclus to soil his father’s name.

Patroclus’s shade roams the Earth until Thetis finally gives in and includes his name on the tomb and in doing so, enabling them to reunite in the afterlife.

This was the summary of “The Song of Achilles” novel and if you liked it then don’t forget to share on your social-media and if you have any suggestions please let us know by commenting down below. 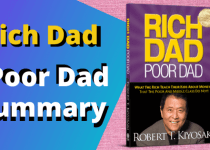 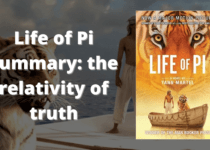