In this article, we have summarized “The Name of the Wind” book, so let’s read the summary without any further ado.

Nowadays there are so many trilogy books but the name of the wind is the first book in the ongoing fantasy trilogy the Kingkiller chronicle, pursued by The wise man’s Fear and written by Patrick Rothfuss.

It was originally published on March 27 2007 by DAW books. Heroic genres of books are generally very fascinating and this is one of them. It’s a very gripping book, full of 662 pages books that you never put down.

The name of the wind won several awards like the Quill award in 2007 -science/fiction/fantasy/horror.

Best book of the year in 2007- publisher weekly – science/fiction/fantasy/horror.

The Name of the Wind Book Summary

The book begins with the famous old wizard named Taborlin, who was caught by evil beings called the Chandrian. Taborlin fell from a tremendous height but since he knew the name of the wind he called it and the wind came and set him down safely.

The Chandrian whose appearance is apparently hailed by flames turning blue is often dismissed as a mythical bogeyman.

Rothfuss contours the tale as a story Kvothe explains, with intervals that relate to what is happening in the present day. Kvothe when he lived amongst in troupe,  he talks about his childhood with a theoretical character known as the Edema Ruh, where he learns from his loving parents train him from a minor age as an actor, singer, and lute performers and he also receives arcanists Abernathy, who educates Kvothe in science and sympathy. Kvothe calls him “Ben”. Evil people from children’s tales, called the Chandra in, massacre his parents and the entire group of performers one evening when the Kvothe is only 12 years old boy,

Kvothe makes his path to the closest city, Tarbean, where he spent the next three years as a beggar, pickpocket, and stealing food in the street as he works through the serious grief that endured him after the death of his family and losing their close ones. During this dark period, he affirms prejudice and economic difficulties, he understands and learns about the true essence of demons and finds relief in tales.

Following the arrest of the storyteller Skarpi, the Kvothe realizes he is over being unhappy and that his mind is reopening. He starts to return to the way he was when his world stopped three years ago: to the university.

Kvothe now 15, visit the university near Imre. One of his fellow travelers is beautiful Denna., with whom he falls in love, but they are only together only for a short period of time. Before the vote arrives at Imre, Kvothe starts his university education, and he introduces the teachers at admission enough that they allow him to enter without paying anything in fact, they give him some money to start with. However, he makes some rivals early on as well. Master Hemme tries to grasp Kvothe in front of the class and then get him punished for it reverses miserably behavior. Instead, the masters raise vote to the title of E’lir for his knowledge of compassion and he has also a Wealthy and arrogant fellow student Ambrose assures that Kvothe earns a ban from the Archives, where Kvothe wishes to understand more about the Chandrian.

After a brilliant start at the University, Kvothe starts to settle in the university. He must borrow some money from a moneylender named Devi for the following terms. He starts to study sugary foods. He befriends a hazy student named Auri, who seems to live within herself, or “underthing” of the University he also makes two loyal and decent friends, Willem and Simmon.

Kvothe buys a secondhand lute, as robbers previously stole his father’s lute, and finally plays music again. He moves to the Eolian and earns his silver pipes, which allow him to make money by performing music, he also meets Dena again while performing, when she steps in to perform the female part of the song that he plans to earn his pipes. She continues to file in and out of his life in a maddening way.

One day, Ambrose sends two men to attack the Kvothe. While thinking through his next steps, the Kvothe hears about a wedding party massacred in a town called Trebon about 70 miles away. He believes the Chandrian are responsible. He goes to find out what happened and locates the only survivor-Denna. As they investigate they discover a dragon that has become addicted to the local drug, Denner resin. Kvothe must kill the dragon before it rampages through Trebon. In the process, Denna disappears again.

When Kvothe returns to the university, he tells Will and Sim about his adventures, but Ambrose comes over, steals his lute, and breaks it. Kvothe’s anger is epic; without realizing what he is doing, he calls the name of the wind against his enemy. When he and Ambrose must account in front of the masters, they surprisingly raise Kvothe to the title of Re’lar. All students who reach that next level do so dramatically.

Back in the present, one of the mercenaries, now violent and deranged, comes to Kote’s inn. When kvothe attempts to use sympathy to stop him, it doesn’t work.

This was the summary of The Name of the Wind book, If you liked the content then don’t forget to share this with your reader friends and if you have any questions or queries, please leave your comment down below. We will reply to you as soon as possible. 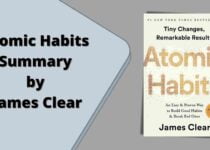 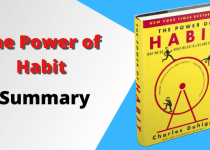 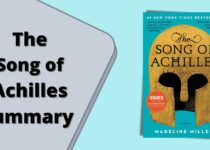